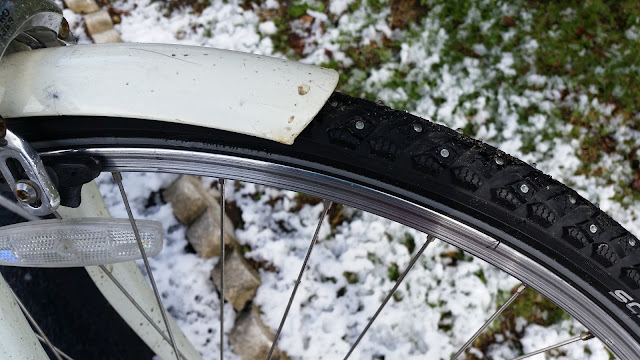 It's getting nicer out and the sun is going down later and later. As colleagues and friends have asked me nearly every day this week if I'm "getting back on the bike" I'm realizing that it's been a while since I've updated the ol' blog!

Yes, I biked through the winter! I even gave up my car.

As winters go, this one was pretty tame. All through December and January, we had mostly mild temps and only one snowfall, on a weekend, that melted in a couple of days. In February, we had about 10 days of snow and icy rain. With studded tires on my Linus three-speed commuter, I was able to bike during most of the "winter" spell, and on truly bad-weather days, I either worked from home (convenient, I know!) or took Lyft or got a ride from a friend. 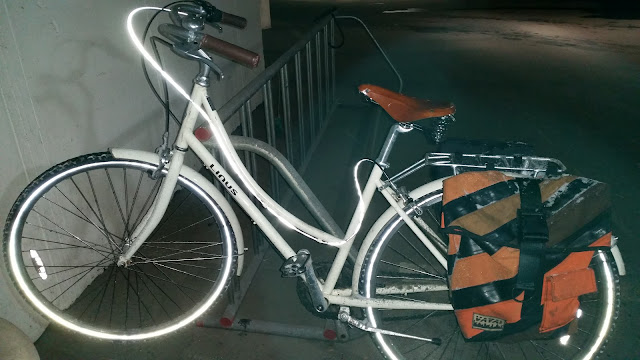 Dressing for the Cold

I followed advice from Let's Go Ride a Bike and Lovely Bicycle! and Bikeyface and Bike Pretty and dressed in everyday attire for my commute and to errands around town.

What would you wear to walk to the bus stop, meet a friend in the city for drinks, or walk three-quarters of a mile to your local library?

That's what to wear on your bike commute.

One crucial piece of advice from all was to wear merino wool tights — they keep your legs warm and don't make you sweat and you don't have to worry about them getting caught in the chain like you would with pants. Follow those links to get really specific clothing and outerwear recommendations — they will not disappoint!

As for my own recommendations: I'm a cold-fingers and toes wimp, so I wear super-warm lobster-claw gloves over wool glove liners when it's under 35 degrees F. I also wear an extra pair of socks on really cold days, under my winter boots, and I usually wear sunglasses or clear glasses to shield my eyes from the cold wind. Under my helmet, I wear a cycling cap that covers my ears. My scarf can cover my nose and cheeks if it's really cold, or I can loosen it around my neck when the temperature rises.

On rainy days, I wear my rain boots! 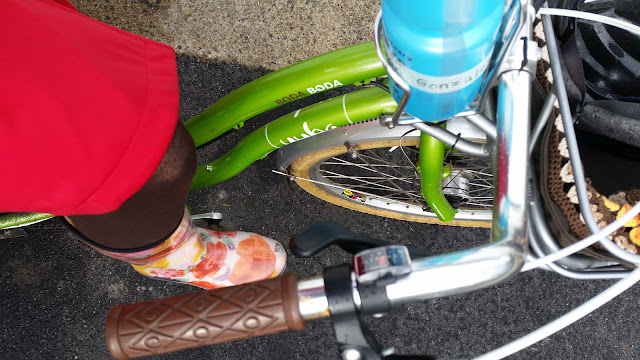 One time, I actually got to use my ski goggles. It was snowing and I had to return home from work! 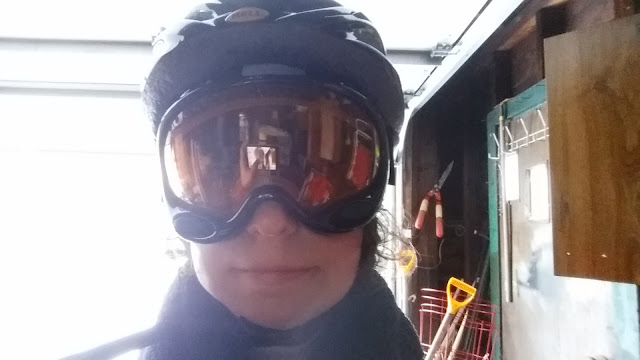 Lighting Up the Dark

It's important in the winter months to light up your bike after dark. And during dawn and twilight. And when it rains.

This is pretty simple stuff. I have some USB rechargeable lights for my three-speeds and dynamo lighting installed on my cargo bike. I wear a warm trench coat that has reflective areas sewn in (unfortunately this UK company [Water Off a Duck's Back] seems to have disappeared since I bought the coat online a few years ago!).

I can tell that drivers can see me when I'm on my bike because they usually give me plenty of room when passing me. I never feel that I've surprised a motorist by popping out of nowhere into an intersection, because I ride predictably and according to the traffic laws — and I'm visible after dark.

The main reason I avoided riding during and right after snow and sleet is that cars were sliding along the slick streets and might slide into me. But once the roads were mostly cleared, the danger was past and I could return to riding confidently.

I also found that I do get honked and cursed at for taking the lane with the shoulder covered by snow banks. As Boston By Bike blogger points out, "Our New England winters are likely also the reason why Boston's government was so reluctant to install any kind of real protection (in form of bollards, curbs, etc.) along those new bike lanes."

The key for me is to remain calm and cheerful. Take the lane, it's your right! I say to myself if I have a line of cars waiting behind me. I give a thumbs down at those who drive badly or curse at me, but I don't curse back. As a winter bike commuter, I know I'm in the minority, and I'm like an ambassador to drivers of how safe and respectful cyclists can be. 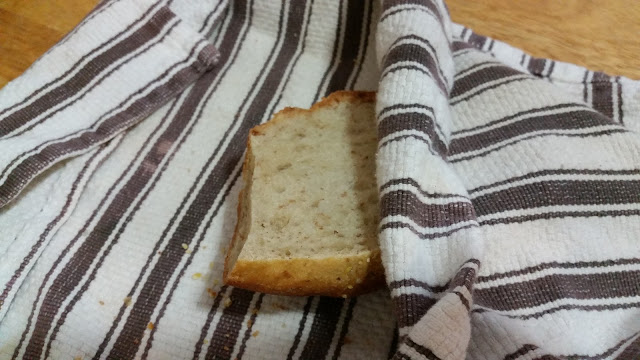